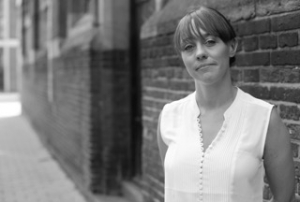 Charly is an executive coach and leadership development facilitator who also happens to have started her own company in one of the world’s most challenging economies. She believes strongly that all organisations need to put their people at the heart of how they operate, to create workplaces in which courage and vulnerability go hand in hand, and in which teams have the freedom to be honest and open.

“My career started in corporate fundraising with Save the Children. In 2006 I moved to Freetown, Sierra Leone on a six-month contract that became an almost seven-year love affair with the country. In that time I worked inside government, leading the communications for the nationwide roll-out of free healthcare for women and children; consulted to an AIM-listed iron ore mining company, helping them up-skill local tradesmen; and finally built my own company to provide world-class photography, video and design to the humanitarian community on three continents.

Building a business, unfunded, in a struggling West African state was perhaps not the most obvious or easiest thing, but it was an incredible learning curve that challenged me to be a leader. I learnt that authority isn’t about status, and that we all have the capacity to lead ourselves and others.  My team were willing and hard-working, but had very little confidence in themselves, and struggled to show initiative and make decisions. As I helped my staff to determine their ‘dream jobs’ and invested in their training towards those roles, I decided I wanted to make this type of work my life.

“Become the kind of leader that people would follow voluntarily; even if you had no title or position.”

Outside of work, I sit on the Advisory Board of Think Fresh, a social enterprise that broadens the horizons of disadvantaged teens, and am on the board of Oxfordshire Business First, promoting business in my community.  I give pro bono coaching to a charity that strengthens social enterprises by offering young professionals a route into them, and I am a trustee of a British charity supporting a deaf school in Sierra Leone. Inside work, I also create and deliver training as a faculty member of Escape the City, and to businesses in Oxfordshire.

Charly studied her degree in English literature in York in the UK and her masters in Photojournalism in Dalian, China.  She is a trained and certified coach with the ICF-accredited Coaches Training Institute, and is an accredited Insights Discovery Practitioner.

How we help people, teams and organisations flourish depends on the situation. We have designed a series of programmes that we can adapt to fit your needs and goals.